For the past few years, I’ve been slow to write or publish new fiction. It’s time for that to change. Late last year I was part of a team of talented individuals who published Crypto Bizarro, an illustrated horror story collection for adults. I’m just getting started. 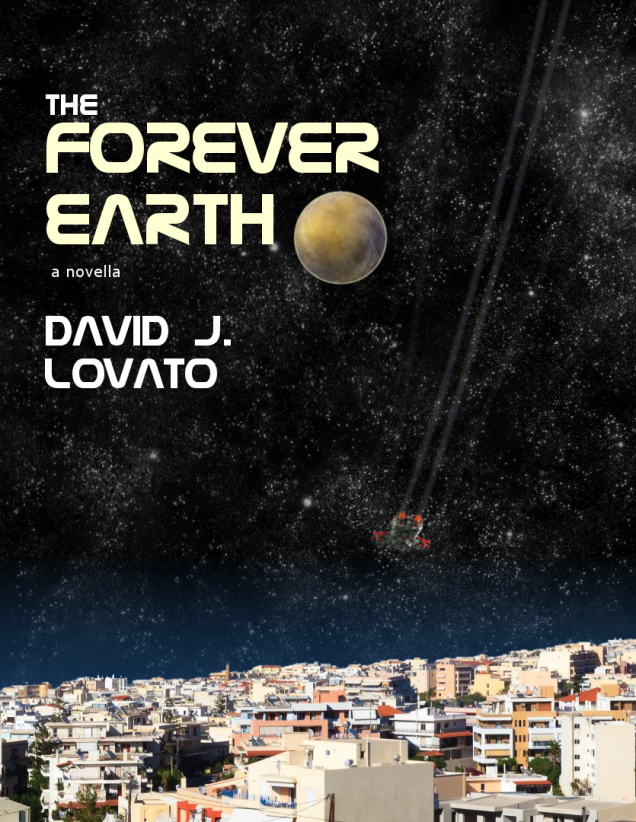 I wrote this one a long time ago. Many of my works have touched on science fiction, but few have flown so far as to reach space opera territory. I ended up writing a novel in the genre, and while I felt like it had a large scope and a lot going on, it ended up being one of my shortest novels yet. That story is focused on a small set of characters on a very specific mission, but the world I found them in had a lot of other stories going on. The Forever Earth is one of them.

In the distant future, humanity has reached the apex of space travel, finding themselves alone in a dark and quiet solar system. Then the Navigators appear, a species of aliens capable of bringing mankind into a new frontier via teleportation.

Cody is one of the first settlers to uproot his life and move to a space colony orbiting a habitable planet half a universe away. People from all walks of life make their way to the colonies, hoping to earn a shot at one day living on a new planet’s surface.

But half a universe isn’t far enough to escape humanity’s demons, and Cody and the rest of the colonists soon find themselves cut off from Earth, stranded in the silence of unfamiliar stars. Culture shock, separation anxiety, and lawlessness collide, and Cody’s only hope for peace rests with his dreams of the little blue planet he left behind, and his ability to find his way back.

The Forever Earth will be available on May 10th, 2019, from most eBook retailers. Pre-order links can be found below:

Perfectly accurate depiction of what goes on in this guy’s mind.
Perfect summary of my sister’s cat, Loki.
He always chooses the highest perch. Ever watchful, our guardian even in sleep.
Her name is September.
My beautiful boy.
Loading Comments...