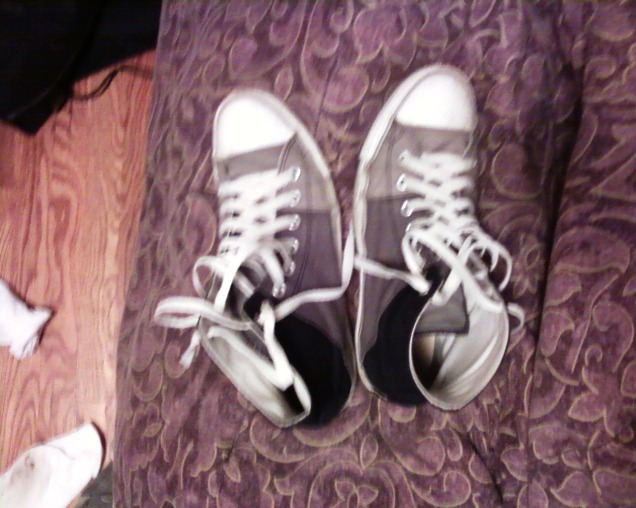 When I got these shoes, I had just graduated high school. I was starting to hang out with some new friends, I was going to college, I was working my first real job.

I was wearing these shoes when I had my first panic attack. I wore them through countless others. I walked to and from school and work and the bus stop in these shoes. I sat through my classes and worked through my shifts and rode the bus along the highway.

When I missed the bus, I walked that highway. I walked the streets of several cities, I walked the woods with my friends. Up and down steps formed by roots in mud, sitting on gigantic stones amid maple trees in a woods surrounded on all sides by a city that, to us, in that circle, might as well have not been there.

These shoes accompanied me through millions of words, through the moments that inspired them, the people that became characters, the characters I wished were real people. 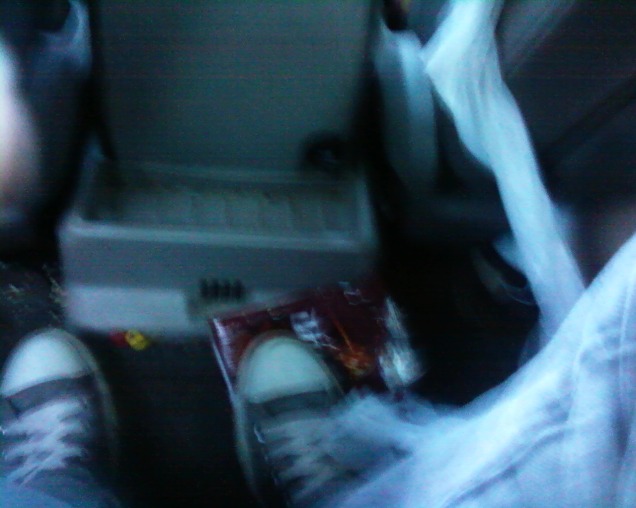 These shoes have walked the earth of several states. They’ve been on camping trips, to concerts, in parks and on gravel roads, touched the pedals of several cars, carried me over broken glass and cracked cement. They’ve walked the neighborhood beside a dog once so small I had to carry her the rest of the way home. The laces have been frayed by kittens playing with them, and those kittens are as big as lions, now.

All the movie theaters, the stores, the midnight releases, the parties, the quiet nights on the back porch swing; I wore them when I helped my best friend move into his first place. Up and down three flights of stairs, carrying furniture, wearing these shoes. Around town in the snow that time the gate fell over and the dogs got out, looking for them everywhere, wearing these shoes. Rushing pets to the vet, and later burying them, wearing these shoes. Planting flowers in these shoes, re-arranging my room just to feel something new, decorating for birthday parties or cleaning the house for Thanksgiving.

When I got these shoes, I couldn’t imagine the feeling of finishing a novel. I couldn’t imagine the feeling of arm pain so bad I thought I’d never finish another. Didn’t think I’d shuffle favorite bands so many times; back then I had never even heard of La Dispute. Thought my furniture would always stay the same, thought I’d always walk around the woods with the same people, I wasn’t aware how fragile everything around me was. You never see the cracks, only the broken glass you can’t help stepping on later. And after the collapse, you can’t see yourself fitting the pieces back together. And usually you don’t. But sometimes you do, and sometimes I did, in these shoes. 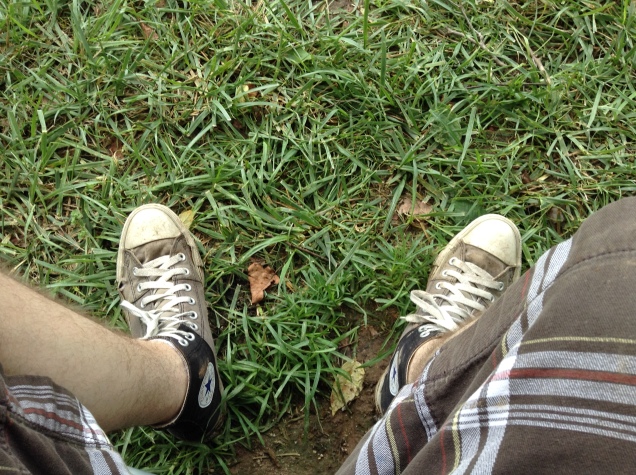 Sure, they were a little worn, but that didn’t matter. I thought I’d be wearing them when I did my first book signing, when I released that game I’ve been making, when I moved into a new place of my own. I thought I’d be wearing them when I move out in a year, when I renew my license in a month, when I start my next novel in a few weeks, when I switch cable companies in a couple days, when I go downstairs to make coffee in a minute.

But the seam tore on my way up the steps. Just like that, they’re done in.

What do I do with these shoes that have seen so much, been so many places, defined vague concepts like “here” and “there” and somewhere and anywhere, those critical moments I needed them to get me nowhere, those panicked flights I had to move without them, the people that came and went and the things I wrote and the people who read them; the rubber and cloth and laces, and even the scuffs and the holes and the frays.

I should just throw them away. What matters isn’t the shoes you wear, but the steps you take. And those will be with me no matter what, and I can’t even imagine the miles I have left, the places my next pair will get me.

But I think I’ll put them on a shelf somewhere, beside those things I look at from time to time to remind myself where I’ve been, and where I can go.

Besides, you never know when you’ll need an emergency pair of shoes. 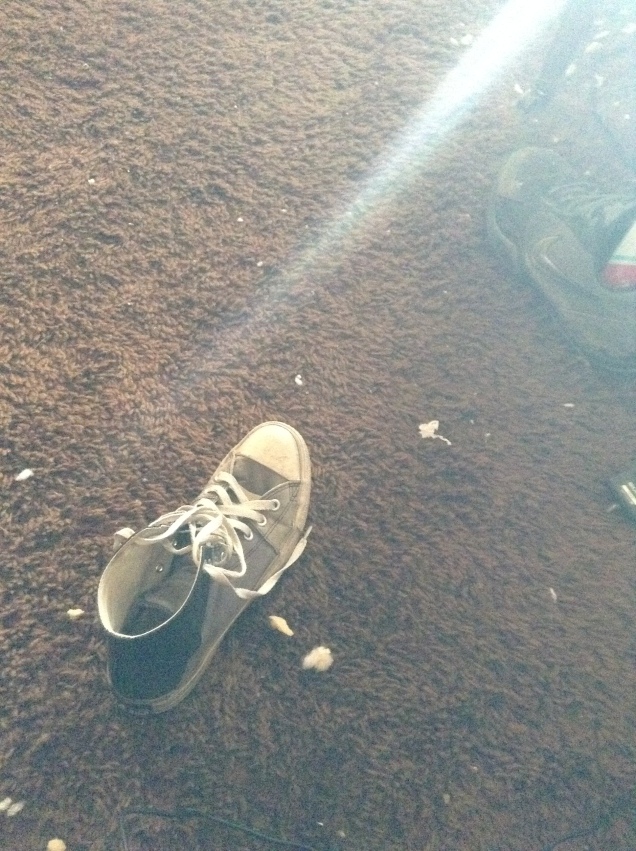 Perfectly accurate depiction of what goes on in this guy’s mind.
Perfect summary of my sister’s cat, Loki.
He always chooses the highest perch. Ever watchful, our guardian even in sleep.
Her name is September.
My beautiful boy.